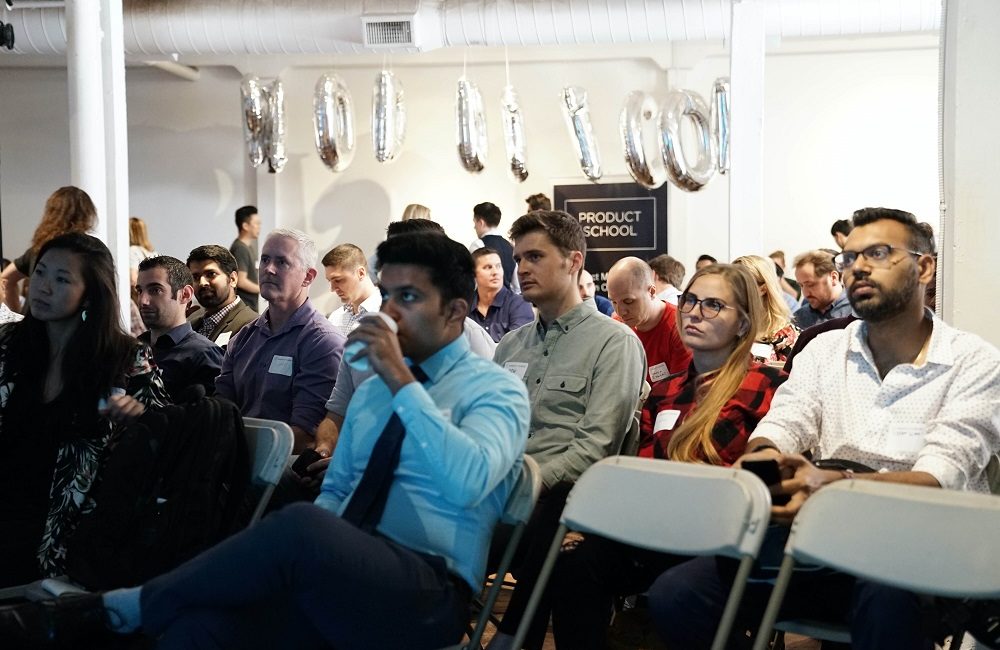 Home ICO-HandbookPanel on Self-Determination, Trafficking of the Vulnerable

Panel on Self-Determination, Trafficking of the Vulnerable 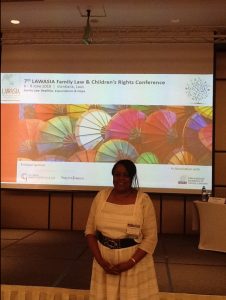 Dr. Tanya Herring was at the 7th LAWASIA Family Law and Children’s Rights Conference, 6-8 June 2018 at Vientiane, Laos  with practitioners of law, children’s advocates, policy advisors, academics, judicial officers, and a multitude of non-government organisations from over ten Southeast Asian countries, Australia, Europe, and the USA.

A person is said to be stateless when she or he is not recognized by any State as its national. Subsequently, no country has responsibility for them. Often forced displaced, trafficking in persons involves children and adults recruitment and coercion into slave-like conditions in the sex industry and domestic work (especially women, girls, and young boys), forced labor (especially young men and boys), as well as other areas of exploitation (including the harvesting of organs).   Forced marriage is also another primary area of exploitation.   According to the UNHCR, women, and girls especially face discrimination, exploitation, violence, and intimidation. The UNHCR further reiterates that the problem is prominent in all communities, including migrant and refugee communities. Though women and girls are primary targets, men and boys can also experience similar problems. 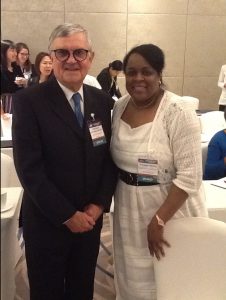 The panel discussion was led by the Honorable John Pascoe AC CVO, who was appointed Chief Justice of the Family Court of Australia in 2017 (On the left, Dr. Herring is pictured with Honorable Pascoe). The Honorable Pascoe provided a riveting speech on the tragedies of exploitation and the challenges in prosecuting offenders.

Many seeking these fundamental rights find themselves in situations of high vulnerability. Dr. Herring’s lecture began first with the stateless and displaced children by highlighting that they face great risks of neglect, abuse, and exploitation, and might have witnessed or experienced violent acts. Great prominence was placed on children, who are unaccompanied or separated from their families and face very serious risk of harm. International law responsibilities first centered on the UN Convention on the Rights of the Child (UNCRC). The region of focus, Southeast Asia, are all member states to the UNCRC. Specifically, Article 22 of the Convention provides the special protection needs of refugee children, which summarizes a range of state responsibilities.

A focal point of the presentation highlighted that many of the countries in Southeast Asia are not member states to the 1951 Refugee Convention, the 1954 Convention relating to the Status of Stateless Persons, or the 1961 Convention on the Reduction of Statelessness. As a result, there are gaps in protections for vulnerable groups seeking self-determination. Dr. Herring’s presentation proffers the Protocol to Prevent, Suppress and Punish Trafficking in Persons Especially Women and Children, and the Protocol against the Smuggling of Migrants by Land, Sea, and Air, both supplementing the United Nations Convention against Transnational Organized Crime (the Palermo Convention) as an intervention legal framework. Using the countries represented at the conference as exemplary examples, Dr. Herring led the audience in an illustration of the UNODC’s case law database and domestic integration of these laws: https://www.unodc.org/cld/v3/sherloc/ 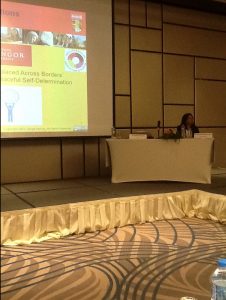 In the following chart, Dr. Herring identified the member states ratification or accession to the Convention and Protocols. The lecture detailed specific articles of the Convention and Protocols and how the laws oblige protections to vulnerable populations, who would not otherwise have these protections against exploitations that include, but are not exhaustive of 1) awareness campaign brochures in multiple languages, 2) global evaluation of member state applications under the 3P-index (prevention measures, protection, and prosecution mechanisms) against human trafficking, 3) victim protections, guidance, and legal empowerment measures, and 4) obligations from governments to implement specific laws for the adoption of anti-trafficking laws and other relevant laws, the stringency of penalties, the level of law enforcement, and the collection of crime statistics.

The panel discussions were followed by a question and answer session. Representatives were able to grasp a better understanding of self-determination, human rights, and the obligated proffered legal framework for prevention and protections under the Palermo Convention and its supplemental Protocols that are unavailable for non-member states of the refugee and stateless conventions. 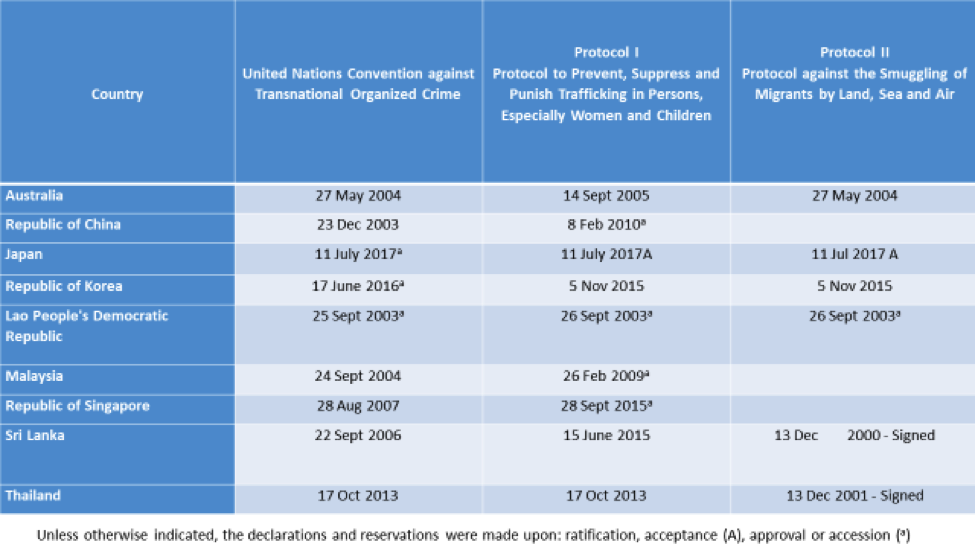 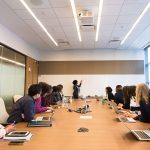 Next:
Call for Papers