Among the many aspects of self-determination they address:

The elasticity of the concept as a human right in the context of “peoples” (Freeman);

Biafra as an early case of internal self-determination—the territorial integrity of the state and the right of secession when “the right of a people to participate in the decision-making processes of a country is breached” (Brucker); European integration versus self-determination (Ushkovska);

language as an instrument of self-determination for Indigenous peoples (Higgins and Maguire);

self-determination for forcibly displaced children and in states that have not ratified the UN Convention on Refugees and the UN Conventions on Statelessness (Herring), and interpreting “peoples” to refer to the global population and climate change as a human right (Donlan). 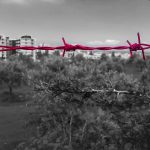 Previous:
The following is a letter of briefing by Bilal Al Ayoubi, a member of FCT Tripoli, in response to rising issues and protests in the second largest city of Lebanon. 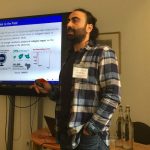 Next:
February 2020 ICO was at University of Oxford

Any cookies that may not be particularly necessary for the website to function and is used specifically to collect user personal data via analytics, ads, other embedded contents are termed as non-necessary cookies. It is mandatory to procure user consent prior to running these cookies on your website.